Canada’s 150th birthday celebrations didn't focus specifically on reading or writing, but from the novels displayed in bookstores to the signs in store windows to the souvenirs offered on street corners, print played an important role in the event. By Janice Vis 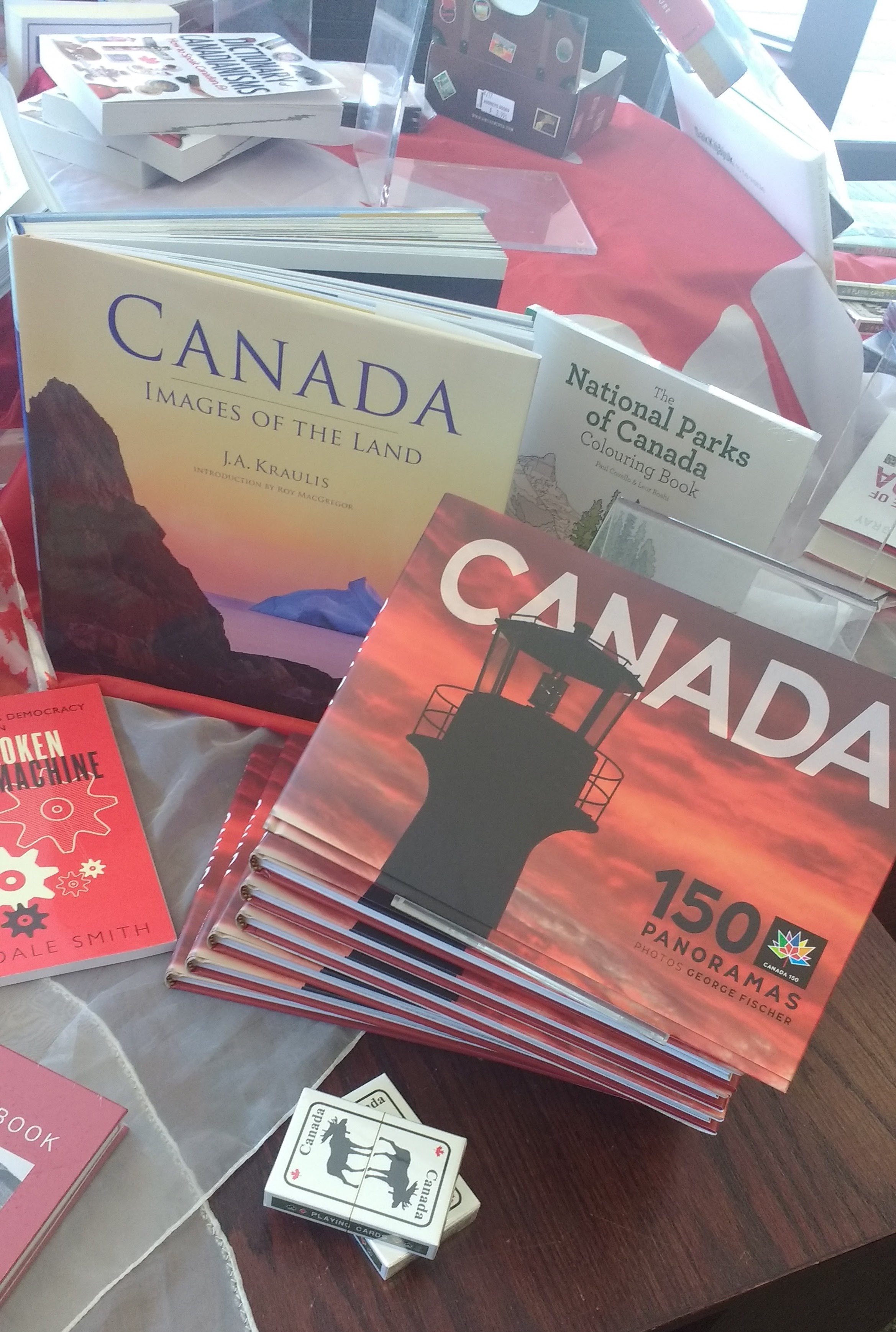 July 1st, the anniversary of Confederation, is always as a special day for Canada, but 2017 attracted more revelry than usual: our country was turning 150! Unsurprisingly, the festivities cascaded into the world of print.

Months before the holiday, bookstores began promoting Canadian reading material. Audrey’s Books displayed paperback novels by Canadian authors in a window, such as Michael Ondaatje Anil's Ghost and Kate Pullinger’s Mistress of Nothing. Inside the doors, the store had a larger table display promoting books about Canada and the Canadian people, like Doug Lennox’s Now You Know Canada. The Chapters branch in West Edmonton Mall also had two displays: one showing novels by Canadian writers and another with non-fiction books about our country. In both locations, well-known authors such as Margret Atwood took precedence over more local authors. Canada-themed trinkets, such as mugs and stationary, were also sold. 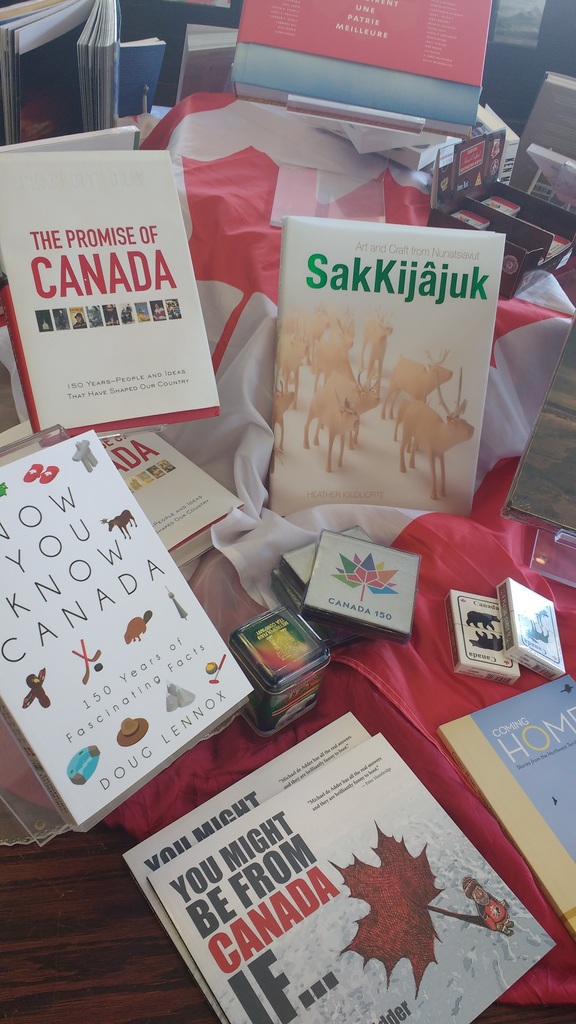 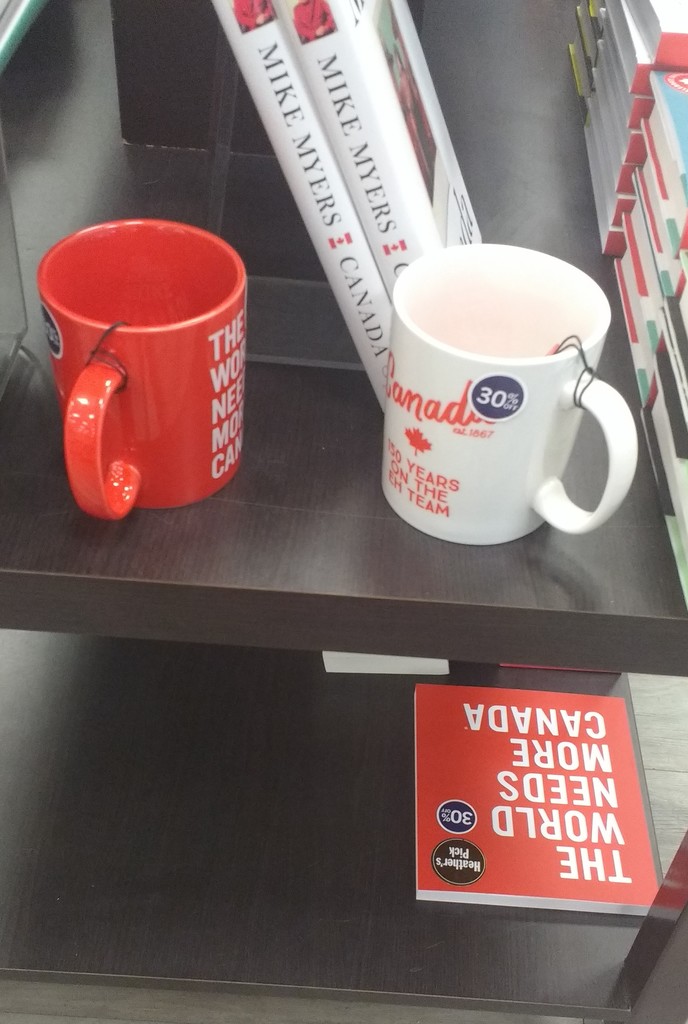 But, of course, bookstores aren’t the only place to find print, and businesses readily embraced the celebrations to boost profits. Print advertising promoting Canada Day sales took nearly every form imaginable—flyers, posters, newspaper inserts, and even ground coverings. While walking through Downtown Edmonton’s City Centre Mall in the final weeks of June, it seemed nearly every store had some kind of promotion, as window stickers screamed phrases like “Canada Day Special!” Apparel stores in particular took advantage of the holiday, selling garments with Canadian phrases and logos. 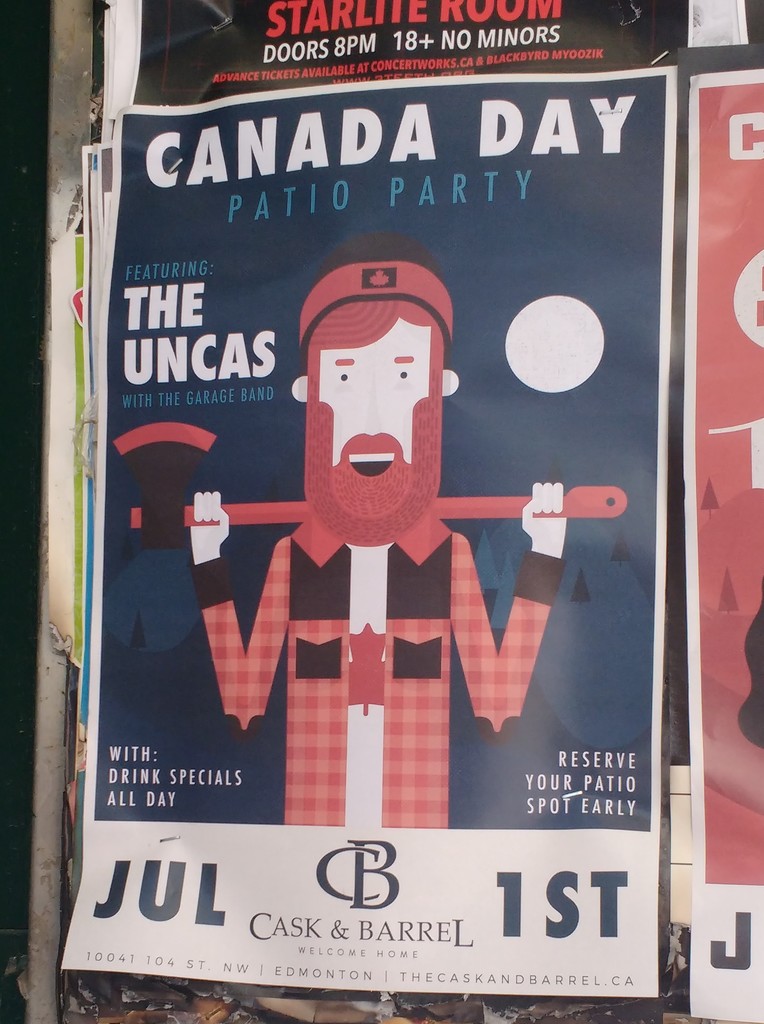 When July 1st arrived, it brought its own wave of interesting print, starting with some official documents. Edmonton, like several other Canadian cities, hosted a special citizenship ceremony in morning. Forty-seven new Canadians pledged their allegiance to the country at the legislative grounds, and in return received citizenship certificates. These documents are not “popular” in the same manner as a bestselling novel, but represent an important reminder of Canadian identity and its commitment to welcoming diversity.

Much of the celebration held a lighter tone. Churchill Square and City Hall attracted crowds of locals—especially families with kids—to join in special events throughout the day. Many chose to don national colours, turning Churchill Square into a sea of red and white. Despite the warm sun, a few even chose to where Team Canada hockey jerseys.

I didn’t notice anyone with a book in their hands. The noisy, crowded atmosphere wasn’t conducive to relaxed novel reading, so anyone looking to use the long weekend to catch up on their summer reading list was better off staying home. But print was still in abundance, as celebratory merchandise flooded the downtown core.

According to CBC, Edmonton business The Flag Store sold over $15 000 of Canada 150 stock; temporary tattoos, which sell for $0.50, were particularly popular. However, locals didn’t have to spend any money to find Canada-themed goodies. Throughout the day, volunteers wandered the crowds handing out paper flags, bracelets, pins, and tattoos. Kids excitedly took the goods but tired of carrying them almost just as quickly. Unsurprisingly, many parents were left carrying handfuls of paper flags.

These items sported the label “Canada 150” and a special logo—a maple leaf formed of diamonds, containing thirteen points meant to represent the thirteen provinces and territories. It was designed by Toronto student Ariana Cuvin in a nationwide contest, and free for public use, making it easy for businesses and municipalities to produce and distribute celebratory goods.

The typeface was also designed by a Canadian. Raymond Larabie’s creation supports the characters of the English, French, and Indigenous languages. (You can read more about him and his alphabet here. 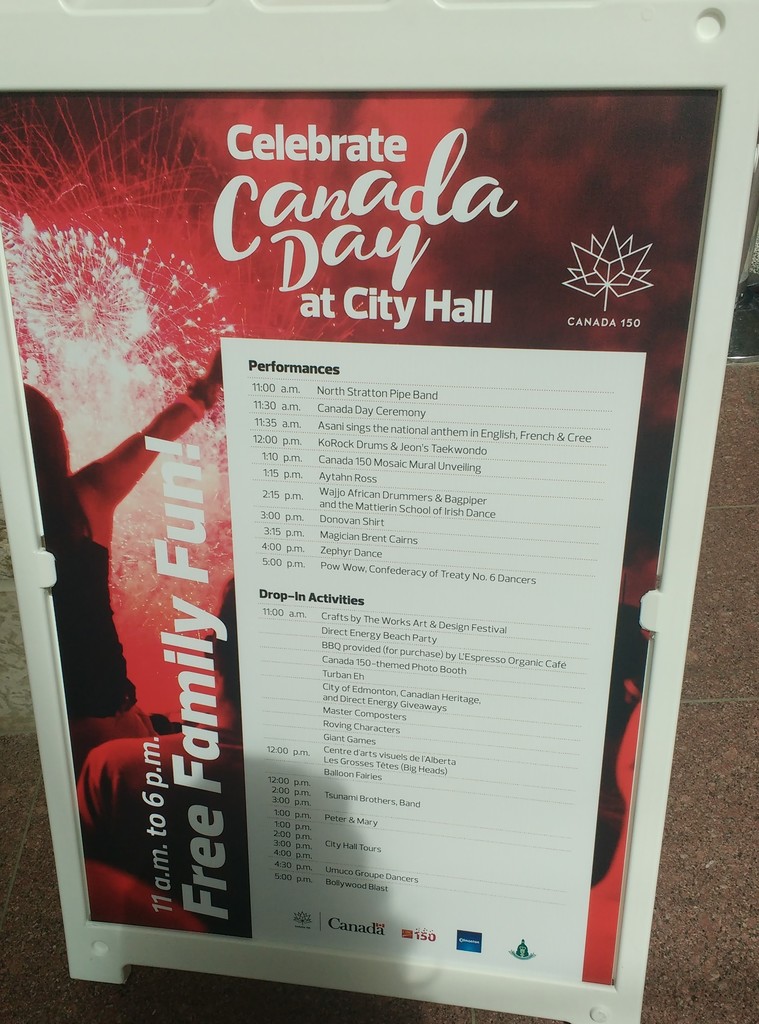 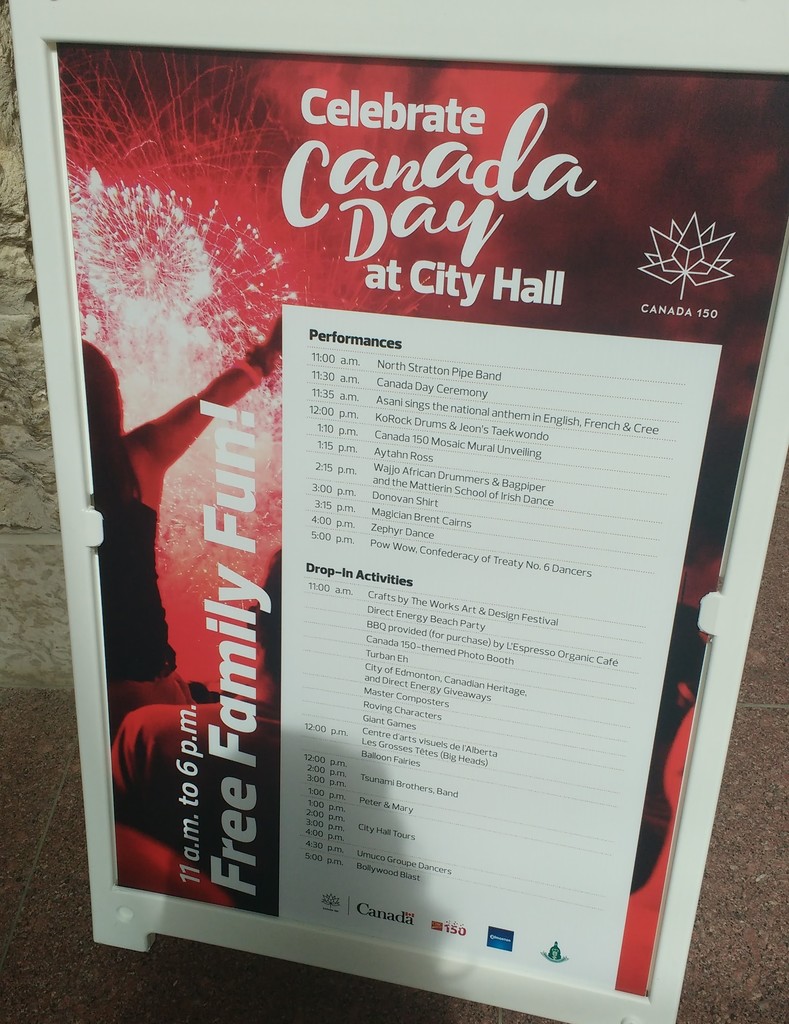 Other print items found at the celebrations include schedules of the city’s celebratory events (in both French and English). At 1:10pm, the city unveiled the its Canada 150 mural—Edmonton’s portion of a larger project happening nationwide meant to “represent a cultural mosaic, a time capsule, a visual portrayal of history, an art masterpiece from the soul of the nation.” This mural was funded partially by the sale of various print items, including colouring books and posters.

Canada’s 150 birthday celebrations weren’t focussed on Canada’s readers and writers, but print, so prevalent in everyday life, was nonetheless impacted by the event. Canada Day 2017 is a useful example of how a single event can impact a wide range of literature; from the novels in bookstore to the signs in store windows to the souvenirs offered on street corners, print is inextricably tied to the happenings of our lives.