Reading in the Rocking Chair

Do you know what senior citizens read? An interview with one grandmother proves that quick assumptions about a person's reading practises are often misguided. By Andrea Barr 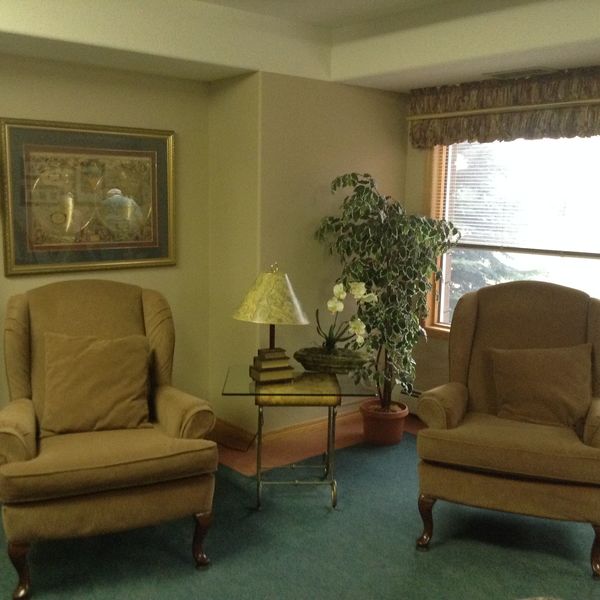 In this report, my focus is on what people read towards the end of their life. Specifically, I’ve chosen to focus on my grandma. Every Sunday evening I call her in Winnipeg and we catch up about our weeks. She asks me about school, work, and my friends; I ask her what she’s watched and what she’s read. We have very similar taste in TV shows, and we can have in-depth conversations about Law and Order SVU, Criminal Minds, and Grey’s Anatomy. The rest of the shows that she watches fall outside of my line of interest, mostly soap operas and other genres that I don’t have time for.

When she talks about books, she throws out a lot of titles that I’m unfamiliar with, but each week she will list off four or five books, leading me to believe that she does a fair amount of reading throughout her day. Based on this knowledge and the memories I have of my grandma always having a book with her, she seemed like the perfect person to talk to about what type of reading she does now, and how it compares with what she read back in her younger days.

My grandma used to be a part of a book club in her 55+ apartment building, but now she says that she would rather spend her time reading whatever she likes; if she doesn’t enjoy a book, she doesn’t want to feel obligated to read it. She has conviction when it comes to reading, and that fascinates me. I asked her what types of books they read in the book club to get an idea of what her age group might be reading over all. She told me that they usually look at what’s most popular on Good Reads, or they might follow up on a book that someone has heard about and might interest everyone. They don’t stick to a particular genre, she told me, but lately she heard that they’d been readings books like Wild: From Lost to Found on the Pacific Crest Trail by Cheryl Strayed or The Girl on the Train by Paula Hawkins. Books like these sounded appealing to me, but I suppose that I’m more likely to choose what I read based on Heather’s Picks than my grandma.

What did I expect her to read?: I remember asking my grandma in casual conversation what she read in the past, and she usually told me that she read romance or mystery novels. My grandma is very soft and sweet, and she reads in an oversized chair next to a big window which looks down on a school playground. In the summers out at the lake, she reads on the screen porch, waving to neighbours walking to the beach. My grandma is one for routine, and simple routine at that. From that, I assumed that when I asked her what she likes to read, she would tell me light romance, or even comedy – books I imagined to be on Amazon’s summer bestsellers list. However, when I ventured over to the Amazon homepage, I was surprised to find that most of the bestselling books were cook books, books that were recently made into movies, or the most popular, The Life Changing Magic of Tidying Up. None of those seemed like something my grandma would read. This was the point where I realized my assumptions were directionless, and I picked up the phone.

What does she actually read?: “True Crime,” she told me, “Criminal Minds on paper.” Oh. Well, that’s not the soft grandma reading I had expected. Maybe a little murder romance, but not Mindhunter: Inside the FBI's Elite Serial Crime Unit or Portrait of a Killer: Jack the Ripper - Case Closed. “Sometimes Stephen King,” she continued, if she’s looking for something a little ‘lighter.’ My only reference to Stephen King is listening to one of his audio books while a friend and I drove out to Vancouver last summer, and I certainly wouldn’t consider that light reading. I asked her why she enjoys these books, and she told me that she wasn’t quite sure. She said that she’s been watching CSI since the first season in 2000, and it’s the psychology that interests her.

Mental illness runs rampant in my family, and I wonder if this has anything to do with my grandma’s fascination in the psychology of these books. Nobody in my family has committed any serious crimes, but both my uncle and grandfather died by suicide, and both in quite violent ways. Reading about the actions of these criminals, and what can go so wrong in the brain is interesting to me because I often do think about why some people hurt others, or themselves. Perhaps, reading about the childhood of these killers also helps form an understanding of the nature vs nurture debate. I wonder if my grandma thinks that she could or should have done something differently. I don’t say any of this in our conversation, but I can’t help but think about it.

“What about when you need a break?” I ask, “When you need something to make you laugh?” She told me though that when she feels like that, she usually turns to television or the newspaper, but never magazines. “Those are just crap,” she tells me.

Conclusion: Talking to my grandma made me realize that we shouldn’t make assumptions about what people read based on their age or even what type of person they are. Everyone has their reasons for reading what they do, and if you take the time to listen, you can learn a lot.